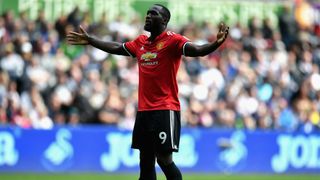 Overall spending in England's top flight saw an increase of nearly £0.3bn on last year's summer window, in which spending broke the £1bn barrier for the first time.

The net spend for the latest transfer period stands at £665m, an average of £33.25m per club, according to official figures released by the Premier League - showing an increase of £30m from last year.

Romelu Lukaku's move from Everton to Manchester United, for a reported initial fee of £75m, was the biggest single deal for a Premier League club.

That fee could be surpassed on Friday, though, with Barcelona reportedly ready to pay upwards of €160m to sign Philippe Coutinho from Liverpool before the Spanish transfer window closes.