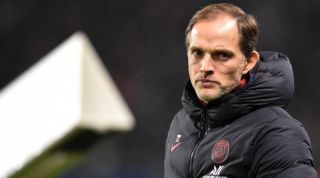 Thomas Tuchel is in talks with Bayern Munich over a possible return to Germany having grown unsettled at Paris Saint-Germain, according to 90min.

Tuchel left Borussia Dortmund to take charge at PSG in 2018 and won the Ligue 1 title in his first season. The German is on course to retain that this time around, but that is the minimum expectation at the Parc des Princes.

It is in Europe where managers of the club and truly judged and Tuchel has struggled in that department. Last term they lost to Manchester United at the round of 16 phase and they have already been beaten at the same stage by Dortmund in the first leg this time around.

There is a growing belief that Tuchel could be relieved of his duties at any time.

Bayern, meanwhile, are still looking for a new permanent boss after sacking Niko Kovac back in November. Hansi Flick has since been put in caretaker charge until the end of the season.

Yet they view Tuchel as the ideal candidate to take them forwards in the long term, having enjoyed previous success in the Bundesliga with Mainz and Dortmund.

PSG have already been in talks with potential successors. That includes Lazio's Simeone Inzaghi and former Juventus manager Max Allegri.