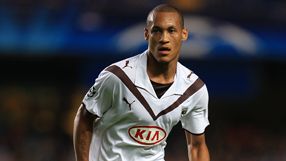 Gouffran, who was then playing at Caen, refused to join PSG during the winter transfer window despite signing an agreement, PSG say.

"There was in this agreement a clause saying that if a part was to backtrack, it was to pay a 200,000-euro fee to the other part," Alain Cayzac, the club's president at the time, told sports daily L'Equipe's website.