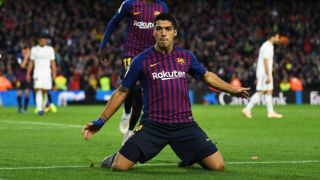 Real Madrid will host Barcelona in the second LaLiga Clasico of the season on the evening of March 2, league president Javier Tebas has revealed.

Santiago Solari's Madrid will be out for revenge at the Santiago Bernabeu after losing 5-1 in the reverse fixture earlier this season, a result that spelled the end of Julen Lopetegui's tenure.

Tebas appeared on El Mon on RAC1 on Monday and confirmed that the second game had been selected for live broadcast at 20:45 local time on the first Saturday of March.

Madrid will hope to approach that fixture in an improved league position, currently lying fourth in the table, 10 points behind leaders Barca.