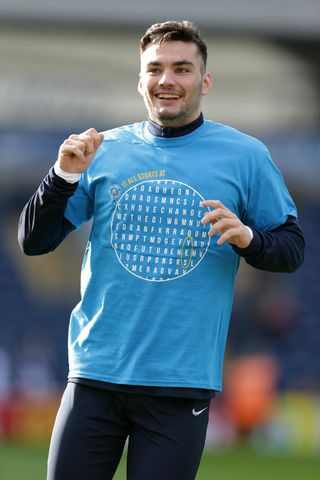 The 26-year-old has signed a deal until the end of the season but Robinson is open to a longer arrangement should the forward prove himself.

The former Celtic player was a free agent after leaving CSKA Sofia last month and quickly impressed after starting training with Motherwell earlier this week.

Robinson decided he would be an ideal addition after selling James Scott to Hull late on transfer deadline day.

Robinson said: “James gave us a physical presence and an outlet in all three positions and we didn’t get the opportunity to replace him. To get someone with the experience of Tony at this stage, we are very pleased.

“He is very, very hungry. That is the key to me, to keep Tony hungry. There is no doubting his talent and he has come in and done really well.

“I was actually convinced after the first day but didn’t say anything, because of his talent. But I think he has got his hunger back. It is a short-term contract to win a longer one. We are hoping it will turn into a longer-term one.”

Motherwell are Coatbridge-born Watt’s 12th club and Robinson hopes the one-cap Scotland international can settle down.

“You say about finding a home and a lot of our players are like that, they travel around a bit and have disappointments and things don’t quite go their way, otherwise they are not coming to Motherwell,” he said.

“Tony has had a lot of clubs, he has been up and down, but there has never been any doubt that he is a talented boy.

“If we can harness that talent and get him really fit and really believing in what we do, which I genuinely think he will do, then he will be a big asset to us.”

Robinson, who added Newcastle winger Rolando Aarons on loan before the transfer deadline, said: “I think we need choices. I don’t think anyone has really nailed down positions in the front three. It’s up to people to put consistency down and put their stamp down. We need competition in there, it’s the hardest area of the team.”

Aarons managed 57 minutes in Wednesday’s 4-0 defeat by Celtic before cramping up.

The 24-year-old is not looking far ahead as he embarks on a fifth loan spell after earlier moves took him to Verona, Slovan Liberec, Sheffield Wednesday and Wycombe.

Aarons, who made his Newcastle debut aged 18, said: “I take it game by game. I want to create chances, score, win the game. I don’t really think too much in the future, if I do that I will dwell on other stuff. I literally think game by game.

“I have been like that for the last few years. I don’t focus on the future because I don’t know what’s going to happen.

“I have been a pro for six years and it’s something I have had to learn pretty early, to not focus too much on what’s going to happen and just make it happen.”