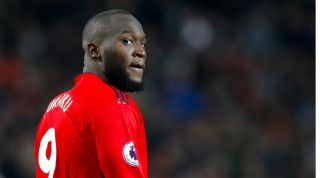 The Belgium international is keen to join Antonio Conte’s side this summer and is considered a top target by the Nerazzurri hierarchy.

However, the costs of a potential deal are a big obstacle for the Serie A side, with United understood to be demanding £75 million up front.

"It was just a chat," Pastorello told Sky Italia.

"I spoke with the director (Marotta) to understand the club's intentions with the player. They will take the decisions, we can't put a time frame on it.

"What is clear is that if Inter want the player, they will need to get a move on.

He added: "Inter are seriously trying to sign him, they are all out for him. Goals are not always there to be reached, but it's a declared target. At the moment, it remains a complicated dream."

Quiz! Can you name the 60 most expensive player transfers ever?