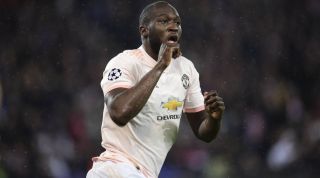 The Serie A side have targeted the Belgium international as they look for a new man to lead their line under Antonio Conte next season.

The Italians were told in no uncertain terms that they will have to match United’s demands or forget about securing Lukaku’s signature.

The former Everton striker is believed to have told United boss Ole Gunnar Solskjaer that he wants a move to San Siro this summer, but the Nerazzurri have so far failed to produce the cash needed to do business.

Inter are prepared to pay around £65m and remain hopeful that United will soften in their stance.

Negotiations are set to continue in the next few days. United are happy to listen to proposals, but they are understood to be against Inter’s preferred option of signing Lukaku on an initial loan with the obligation to make the move permanent, spreading payments out to satisfy Financial Fair Play requirements.

The Belgian is currently on tour with Solskjaer’s squad in Australia and United are set to face Inter in Shanghai on July 20.