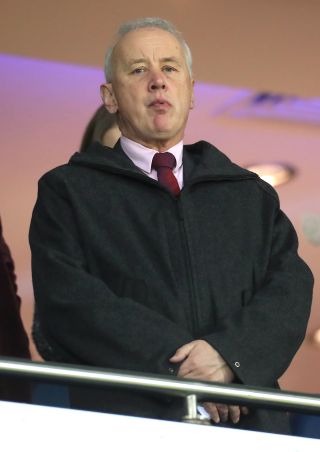 Salary cap proposals will be sent to clubs in League One and Two no later than Monday, the PA news agency understands.

Clubs in the English Football League are looking at a £200m financial hole by the end of September as a consequence of the suspension of the league due to the coronavirus pandemic, according to the competition’s chairman Rick Parry.

Moves to implement cost controls have been led by a working group, and PA understands the group is about to distribute proposals to clubs over what the caps should be.

Parry told the Digital, Culture, Media and Sport committee last week that a salary cap and other cost control measures were “absolutely essential”.

“There is a lot of debate going on about that at the moment. We have an imbalance in the distribution, we have the parachute payments which cause immense stress within the Championship so yes I do think the distribution model is a problem. Any model where wages are 106 per cent of turnover is ridiculous,” he said.

Dale Vince, the chairman of League Two side Forest Green, is in favour of the introduction of a cap and mentioned fixed amounts of £3.6million for League One clubs and £2m for teams in League Two when speaking to PA last month.

He said: “We can all see the problems every year, there are a couple of clubs that just about make it to the end of the season – or don’t – and go into administration.

“A player wage cap would be a way to control that. The amount of money that gets spent by some clubs would then relieve the pressure on other clubs to match it – it becomes an arms race.

“You get the odd individual who just operates on the very edge of insolvency and legality. With a wage cap, people like that would be more constrained and less able to do real harm.”

Vince said at the time that he hoped a cap could be agreed to come into effect for the 2020-21 season.

“It’s something that can be agreed now. We’ve got this downtime to work on the details, and put it in place ready (for the new season).”