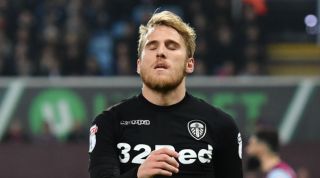 According to El Pais, Saiz is linked with a group of players tampering with games on behalf of a criminal orginisation.

However, according to Spanish radio station COPE he has not been arrested.

Saiz was loaned out to Getafe in January.

Spanish police have made a number of arrests already, including former Real Madrid defender Raul Bravo, who coincidentally spent a loan spell at Leeds in 2003. Deportivo La Coruna’s Inigo Lopez Monatana, plus retired duo Borja Fernandez and Carlos Aranda, have also been detained.

Huesca president Agustrin Lasaosa and medical head honcho Juan Carlos Galindo Lanuza join the list of those arrested, according to the newspaper.

A La Liga spokesmen said: "The police action follows complaints about possible match-fixing in a May 2018 match from La Liga to the Spanish authorities.

"During the 2018/19 season La Liga has filed eight complaints with the general commissioner of the judicial police for alleged acts related to match-fixing in lower divisions of Spanish football and low-profile friendlies played between foreign clubs in Spain.

"We have also sent alerts to the general directorate of gaming on 18 football matches for possible identification and sanction of players from lower divisions who could have bet on their competition.

"La Liga continues to fight to eradicate any scourge against fair play in Spanish football."

Quiz! Can you name the clubs who've been promoted from the Championship since 1999/2000?