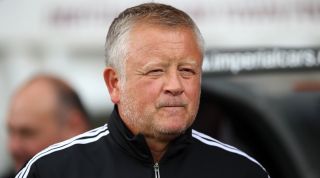 Is this the most intriguing opening day fixture? The clash between two of last season’s biggest success stories could certainly stake a claim to that billing.

Sheffield United enjoyed a stunning return to the top flight last term, charging to the brink of European qualification and making a lot of pundits and punters look foolish after widespread pre-season predictions of relegation.

Chris Wilder’s side ended up in ninth place, two spots behind Wolves, who continue to mix it with the established elite of English football under Nuno Espirito Santo’s guidance.

The Blades haven’t torn up a winning formula, keeping hold of the players who made last term such a success and adding promising goalkeeper Aaron Ramsdale to their ranks from Bournemouth, after Dean Henderson returned to Manchester United at the end of his loan.

Contests between these two sides were close last season, with Wilder’s side earning a 1-1 draw at Molineux before winning 1-0 at Bramall Lane in the post-lockdown leg of the season.

Wolves’ only scorer in those two meetings, Matt Doherty, has since departed for Tottenham, but they have retained top scorer Raul Jimenez.

The Mexican is undoubtedly key to his side’s hopes this season after a 27-goal haul in all competitions last year, which helped take them to the Europa League quarter-finals.

Wolves’ £35m signing of Porto teenager Fabio Silva, who made just one start for the Portuguese club last season, took many by surprise, but the striker will certainly be one to keep an eye out for.

Qualification for European football’s top competition will undoubtedly be the aim for the ambitious Midlands club this season, after a second consecutive seventh-place finish confirmed that their impressive return to the top flight wasn’t a mere fluke. To get there, winning away at difficult venues like Bramall Lane is a must.

Kick-off is at 6pm BST and the game is being shown on Sky Sports Premier League/ Sky Sports Main Event/Sky Sports Ultra HD in the UK. See below for watching details where you are.