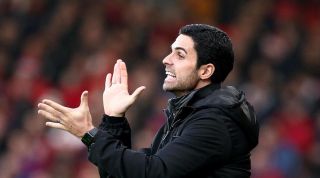 After a shaky return to the Premier League, Arsenal are starting to find form, with back-to-back away wins at Southampton and Sheffield United.

Mikel Arteta's gravitated to a back three lately, leaning heavily on the talents of the precocious Bukayo Saka. The Gunners could still do with creating more chances but things look to be on the up for them at least - Europe's probably a long shot now, but with a little more stabilising, at least Arteta could end his first season in management positively. Tonight's a big chance to build confidence and grab a few goals.

Norwich City, however, have no such luxury. Time is running out at the foot of the Premier League and if they're going to pull off the great escape, they need to do it sooner rather than later. The weekend's performance against Manchester United in the FA Cup was encouraging, but Daniel Farke's side need to convert these positive displays into points if they're going to enjoy another top-flight campaign next season.

Kick-off is at 6pm BST and the game is being shown on BT Sport 1, BT Sport Extra 1 and BT Sport Ultimate in the UK. See below for watching details where you are.