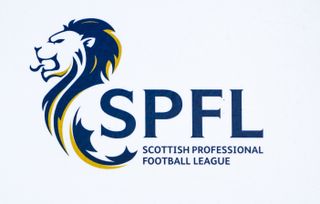 Stenhousemuir chairman Iain McMenemy has called for clarity and swift action or risk “another six weeks of civil war” – amid reports that Scottish league reconstruction could be back on the table.

A report has claimed Hearts owner Ann Budge was tasked by her fellow Premiership clubs with taking forward attempts to resurrect a shake-up of the Scottish Professional Football League on Friday, seven days after top-flight clubs declared that together they could not sanction any proposal.

McMenemy doubts whether Premiership clubs can find a consensus and does not want the issue to drag on as the SPFL recovers from a divisive period, which included a resolution to end the lower-league season and a general meeting on whether to have an independent investigation into that vote.

McMenemy told BBC Radio Scotland’s Sportsound: “It would have been a little bit better if there was something from Friday’s meeting that they could have at least informed clubs there was potentially something on the table again.

Can’t believe what I’m hearing again on @BBCSportsound. Is the Premiership once again just dictating to the rest of the leagues what we are to discuss?— Iain McMenemy (@iainmcmenemy) May 16, 2020

“But what concerns me even more so, the message from the EGM was let’s all draw a line under the last few weeks, and the two big issues were vote-gate and reconstruction, which just completely fell apart.

“We can’t be left again with this three/four-day period of not knowing and filling the void with our own version of what it could be, who is saying what, who is on whose side, and then something comes out and it reimplodes.

“I just hope if there’s something on the table, we get it quite soon, we find out first of all what has actually been agreed and discussed, even if it is being dictated down the leagues to us by the Premiership once again.

“If they have come up with something that they want us to discuss, let us know as soon as they can and let’s see where it goes sooner rather than later, and we don’t have another six weeks of civil war.”

McMenemy does not expect top-flight clubs to back permanent change and questioned why some would back a temporary plan to save Hearts from relegation with a bigger division only to find themselves in greater danger from the same fate in a season or two.

“Why would they, from a purely self-interest point of view, save Hearts to be a casualty the season later?”

The SPFL’s most pressing issue is the fate of this season in the Premiership with the board expected to declare Celtic champions early next week.

PFA Scotland chief executive Fraser Wishart has urged decision-makers to give players some certainty as they continue trying to keep themselves fit in the unlikely prospect of play resuming.

Wishart said: “We would really just like to see some decision made about this season, make it soon and start to plan for some sort of football come September/October because until they do that there is still this uncertainty that is going to hang over players and the frustration just builds.

“If we can have some sort of decision on this decision then perhaps have some kind of planning, even if we don’t know exactly when we are going to start, but plan for starting.

“Because I think we all realise, and I heard someone talking that getting crowds into grounds will not happen until 2021, I think that’s what we are all operating to in terms of timescale.”