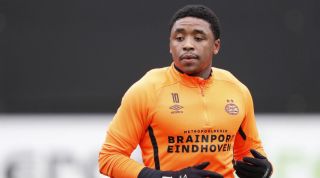 Bergwijn was left out of PSV's squad on the weekend after it was reported that Tottenham made an official bid, believed to be in the region of £30m.

According to the Mirror, the 22-year-old is expected to complete a move to Spurs in the next two days.

The Dutch international is reported to have a £30m release clause that can be activated in the summer.

He was thought to be on the verge of signing for Sevilla last summer, but the move fell through at the last minute.

Bergwijn started his career at Ajax's youth academy but moved to rivals PSV following an altercation with one of his coaches.

Since then the attacker has won three Eredivisie titles and is regarded as one of PSV most important players.

So far in the league this season, Bergwijn has scored five goals and assisted a further ten - in just 16 appearances.

Bergwijn has also been capped seven times by Ronald Koeman for the Netherlands and will likely play a big part in their Euro 2020 campaign.

The move that appears imminent coincides with Christian Eriksen reportedly being close to completing a move to Inter Milan.

Although Bergwijn mainly operates from the wing, he can play anywhere in a front three and his creative output could help plug the hole left by Eriksen.

5 things you might not know about Tottenham target Willian Jose

It's increasingly clear: West Ham are a club drifting towards disaster