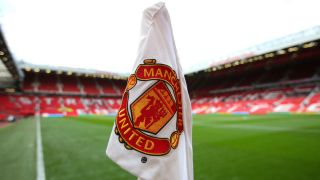 Defeat to Ajax in the Europa League final at the end of this month would cost Manchester United in the region of £50million.

Following the release of the club's latest set of quarterly financial results on Tuesday, United's chief financial officer Cliff Baty confirmed missing out on Champions League football would see a 30 per cent reduction in Adidas' yearly payments under their kit manufacturing deal – a fall of £21m.

Winning the Europa League is United's only remaining route into the Champions League after a 2-1 loss at Tottenham on Sunday ruled Jose Mourinho's men out of a top-four finish domestically.

Baty estimates the EFL Cup winners being back in Europe's premier competition could be worth up to £30m more in revenue.

"It's a 30 per cent reduction in the following year's payments," Baty told an investors' call, with regards to the Adidas clause concerning failure to reach the Champions League for a second successive season.

"Receipt of sponsorship next year from Adidas would be £70m if we're in the Champions League, so that would be 30 per cent of that, so £21m reduction.

"The important thing to remember about that is it's spread out over the remaining life of the contract."

United are predicting record revenues of up to £570m this year – a £30m rise on the second-quarter prediction – and executive vice-chairman Ed Woodward hailed Mourinho's impact as manager.

"We're approaching the end of a compelling season - our first with Jose Mourinho as manager and one which I believe we've made tremendous progress, both on and off the pitch," he said.

"I am delighted we have picked up two trophies [including the Community Shield] and look forward to competing for a third in the Europa League final, the only trophy we have never won.

"We are forecasting better full year financial performance than expected and as such have raised our revenue and profit guidance for the year. We look forward to a strong finish to 2016-17 on and off the pitch."