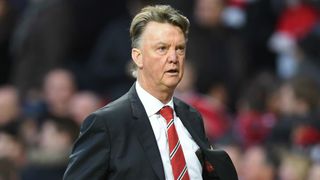 Louis van Gaal praised Manchester United for their reaction to falling behind after they battled back to draw 1-1 with West Ham in the FA Cup quarter-final at Old Trafford.

Anthony Martial scored from close range with seven minutes remaining after Dimitri Payet had put the visitors on the brink of a Wembley semi-final with a stunning free-kick earlier in the second half.

The match came after United had been humbled in a 2-0 Europa League defeat to rivals Liverpool at Anfield on Thursday, which has left their chances of progressing to the last eight of that competition under severe threat.

Having preserved their status in the FA Cup and forced a replay, Van Gaal's men now face a crucial week with the second leg of their Liverpool last-16 tie and a crunch derby at Manchester City in the Premier League.

"West Ham were the better team before they scored, but then we created chances too," the Dutchman is quoted as saying by BBC Sport.

"It was a fantastic free-kick [from Payet]. I have to give a lot of compliments to my team. They were mentally tired after Liverpool and also in the body.

"We have played a game against Liverpool on Thursday and they [West Ham] had the whole week to prepare and we could come back and show a big revival.

"My colleague Slaven [Bilic] said the same, it was a fantastic match between two good sides and I am very happy that my team showed their spirit after a nasty week."

Van Gaal, though, disagreed with Bilic's assertion that Bastian Schweinsteiger had fouled goalkeeper Darren Randolph during Martial's equaliser, while praising David de Gea for a vital stoppage-time save from Michail Antonio.

He said: "Was it a foul? I can imagine that he [Bilic] says that, but his own defender pushes Schweinsteiger so he did not do it deliberately.

"Great save from David de Gea but that we know, he is one of the best goalkeepers in the world - every match. It was a great save."