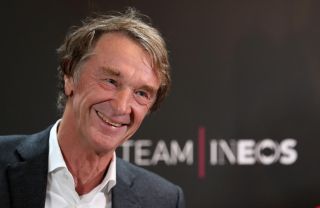 Sir Jim Ratcliffe has refused to rule out a future bid to buy Chelsea from Roman Abramovich.

Britain’s richest man was speaking at the launch of Team Ineos, the rebranded Team Sky, following his takeover of cycling’s dominant force.

During the press conference Ratcliffe appeared to laugh off suggestions he was interested in Chelsea, but later told BBC Sport he would not close the door on the idea.

“You never say no, but I don’t know where those conversations will finish,” Ratcliffe said.

The 66-year-old Manchester United fan bought Swiss club Lausanne through his company in 2017, and earlier this year an Ineos spokesperson confirmed the company had expressed an interest in buying Ligue 1 club Nice.

“We’ve bought this club in Switzerland and it’s been really educational. We haven’t got to where we’ve got to in the chemical and business world by being impetuous or rash or stupid.

“We recognise it’s a very complicated world. We’re not in a desperate hurry to get to the end game in football.”