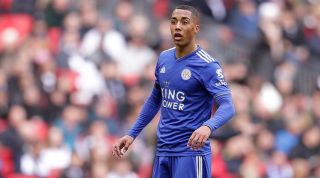 Leicester loanee Youri Tielemans believes he will return to Monaco at the end of the season.

The Belgium international has turned in some superb performances since joining the Foxes in the January transfer window.

Leicester boss Brendan Rodgers is keen to sign the 22-year-old on a permanent basis, while Tottenham, Manchester United and Arsenal have also been monitoring the situation.

However, Tielemans expects to return to Monaco - whose 1-0 defeat by Nimes on Saturday leaves them outside the Ligue 1 relegation zone on goal difference alone - having not yet received any concrete news to the contrary.

"I expect that I will return to Monaco in the summer, unless something’s moving," he told VTM Nieuws.

"At the moment there’s nothing. If things are going well you want to keep it like that. I don’t know what Monaco will be asking, so I can’t talk about it."

Leicester end the Premier League season with a home game against Chelsea on Sunday.