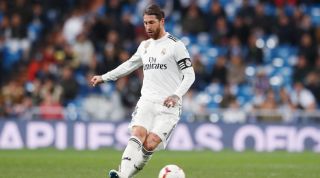 The 33-year-old was linked with a Premier League switch after it emerged that he had doubts about what the future held at the Bernabeu following a disappointing season.

However, Marca reports that the La Liga club’s hierarchy are hopeful that Zidane can convince him to stay.

The coach had a long discussion with the Spain international at the end of the campaign and is said to be doing everything in his power to put Ramos at ease in a bid to keep him in Madrid.

The centre-back is still considered a key player on and off the pitch and Zidane is confident that he will not leave.

A meeting will take place between the defender and club president Florentino Perez once Ramos returns from holiday in the USA.

Additionally, while there has been no shortage of speculation, the only concrete offer to have been received so far is from a club in China.