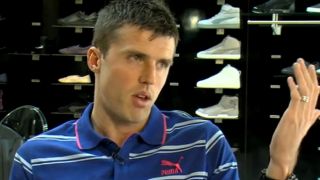 Frank Lampard and Kevin Nolan have an uncanny ability of arriving in the box at just the right time.

Their goalscoring records are more akin to a prolific striker. Their impressive figures are thanks to their talent for infiltrating the box undetected.

So, how do you stop them? By shadowing their run and working with your defence, says Michael Carrick.

Having operated as a holding midfielder for both Manchester United and England, Carrick has come up against some of the world's best attacking midfielders and roadblocked their assaults on goal.

He shares his knowledge with FourFourTwo Performance in this video.