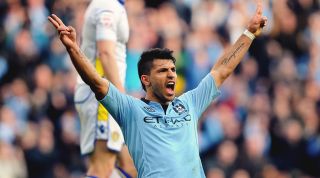 You have 12 minutes to guess 248 teams - of course, some appear more than once... even in the same game.

He's one of the most prolific footballers to ever play in England.

Sergio Aguero arrived in this country nine years ago and he's become a defining figure of his era. Along with the likes of David Silva and Yaya Toure, he helped turn City into what it is today - and he's won a fair amount over the years while he's at it.

Just about everyone has been a victim of Aguero and today, the Manchester City legend turns 32. He's not done either: there are still goals left in the Argentinian.

We all remember the one he scored to win the league, but how many more teams can you recall Our Kun scoring against?