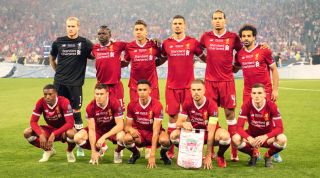 Eight minutes on the clock, 39 teams to guess.

NOW TRY Quiz! Can you name every team Manchester United and Manchester City have beaten in a final?

Win a Champions League final and you write your name in the sky forever. You stand on the shoulders of giants alongside the biggest, the best and the boldest of football.

And if you don't?

As some sides will find out this week, the Champions League doesn't remember the sides that don't win it. But to get to the final and not win it? Heartbreaking.

Today, we want you to try and remember those losers, as well as the winners. We're looking for every side that's ever reached the Champions League final - or European Cup, pre-1993.