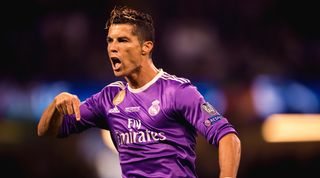 You have eight minutes to guess 26 clubs.

It was the first final in the tournament's history under a closed roof and a repeat of the 1998 final - but we're interested in a particular kind of fact for today's quiz.

Of the starting XI that won the game for Los Blancos - or Los Purples, as they were that night - we'd like you to name their former clubs.