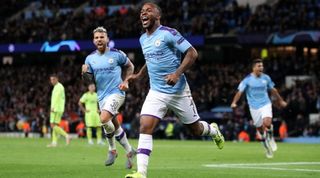 Sorry, Belarussian football! It was fun while it lasted, but the Premier League is finally set to kick-off again. The Bundesliga became the first to return to action behind closed doors earlier in May and now Europe's other major leagues are set to follow suit. Here, we break down what is coming back and when.

Premier League football returns with a pair of matches to even up the fixture list. The four sides that still have a game in hand will be first out of the blocks on Friday June 17. Arsenal host Manchester City, while Sheffield United travel to Aston Villa.

Premier League decision makers are yet to announce kick-off times and venues for those matches, as well as the plan for the next gameweek.

One thing is for certain, however - neutral venues will be in place for selected matches and fans will be barred from attending all games. Still, it’s a start...

Sticking with English football, the FA Cup has also been given the green light, with the competition currently at the quarter-final stage.

The final eight will lock horns on the weekend of June 27 and 28, with the semis rescheduled for July 18 and 19. The final is set to take place on Saturday August 1.

FA chief executive Mark Bullingham said the dates are "dependent on all safety measures being met" with venues and kick-off times yet to be confirmed.

Spain's Prime Minister Pedro Sanchez has given the green light for football to restart in June. The first match will be the Seville derby, with Sevilla to host Real Betis on June 11.

The rest of the fixtures are TBC but La Liga and broadcast partner Premier Sports have announced that all matches will be made available for free to Sky TV customers, while games will also be offered free of charge to non-Sky subscribers through the Premier Player app.

Each team has 11 fixtures still to play, so that’s a whole lot of football. Again, however, there will be no fans inside stadiums for the foreseeable future.

Italy's Serie A will return on 20 June, the country's sports minister Vincenzo Spadafora confirmed this week.

Serie A was suspended on March 9, with Cristiano Ronaldo’s Juventus leading Lazio by a point with 12 gameweeks remaining.

The league has been given the go ahead for games to resume in mid-June – with the Italian Football Federation setting a deadline of August 20 to complete the season ahead of the new season starting on September 1.

It was revealed at the end of April that the French top flight season would be cancelled completely, much to the chagrin of Neymar and Co. at PSG. The serial winners were 12 points clear with ten game weeks left in the season.

The French FA has announced, however, that next season will begin on August 23.