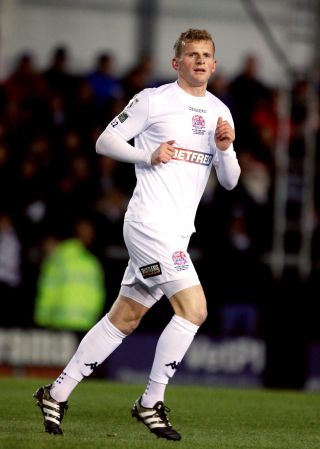 Andy Bond had a couple of chances to put the losing play-off finalists ahead from close range in the opening half, while team-mate Nick Haughton found the side netting as James Brophy came close at the other end.

Jordan Maguire-Drew hit the post five minutes after the break as Orient searched for an opener, while Dan Happe headed an effort over and Marvin Ekpiteta hit the woodwork but – against the run of play – the Coasters took the lead on the hour mark.

Joint National League top scorer with 27 this season, Rowe broke the deadlock as he curled a free-kick into the top corner leaving goalkeeper Dean Brill with no chance.

Joe Widdowson came close to equalising for the Os but hit the post as Fylde held on for the narrow victory.