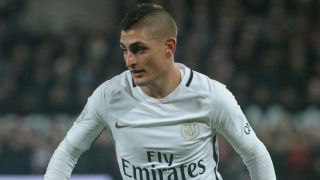 PSG led 4-0 after the first leg but were knocked out by a dramatic 6-1 Barca win at Camp Nou on Wednesday, leading to fans clashing with players at Bourget Airport on their return to France.

Leading sports newspaper L'Equipe reported that Matuidi and Verratti were seen by witnesses in a Paris nightclub until well after midnight on Monday, leading to PSG releasing an angry response via social media.

"Blaise Matuidi and Marco Verratti in a nightclub two days before Barcelona?" PSG posted on Twitter on Friday.

"It is insulting to their professionalism and their club. A defeat will never authorise the spreading of the most malevolent rumours.

"Shame to those - often L'Equipe - who disseminate them without even knowing their information. No credibility."

Verratti's agent Donato Di Campli said in an interview with Radio Crc that the newspaper report on his client was untrue.

"I don't want to get into the relationship with PSG but what's certain is that what was written by L'Equipe is completely false," the agent said. "We will pursue legal action and we are studying which path to follow.

"The image of Verratti is sacred and we will not allow anyone to discredit it. It's one thing to criticise the boy technically but it's another to get into personal issues, saying things that are absolutely untrue.”