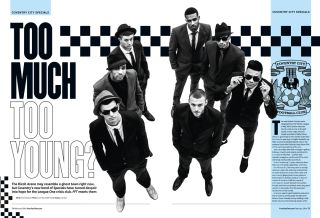 When FourFourTwo trotted off to shoot Coventry City's rising stars for the February issue of FourFourTwo, even we were surprised by just how good the Sky Blues stars looked when the final product landed at FFT Towers.

It took some regimented organisation, the fine work of photographers SM2 Studio and, of course, the co-operation of the League One side's youngsters at their Ryton training ground - and you can see how it was put together with the below video put together by Coventry.

Just hit play on the video below to see more.