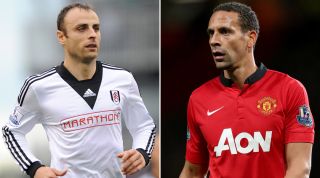 Under-pressure Moyes’ chance to deflect the coffin-nail hammer somewhere else for once.

That Martin Jol is still in a job after Fulham’s midweek 4-3 League Cup defeat at Leicester is, well, surprising. It’s not that the Cottagers lost to a team harbouring hopes of the top flight, but that their cup exit is just the latest in a string of demoralising results for the west Londoners.

Fulham’s woes aren’t fresh (as we wrote in our weekend Debrief) – fortunes have spiralled the wrong way ever since Jol’s excellent first season in charge, in which they finished ninth.

Wins over Stoke and Palace have kept them out of the relegation zone for now, but by the international break they may well find themselves back in it, with this fixture followed by a trip to Anfield.

At Southampton last time out, Jol’s men were completely overrun in a dismal display where defending was treated with reckless abandon by the team’s mavericks at the sharp end (yes they’re daggers at you, Berba). Something has to give soon.

Man United, meanwhile, are spluttering and stumbling their way back into form – but Moyes will take it. In midweek they trounced sorry Norwich in the League Cup, after coming back to beat Stoke and eking out a narrow Champions League home win over Real Sociedad.

So it’s now six games unbeaten for the Reds – but they’re not there yet. First of all they’ll have to shape up at the back, where they’ve already conceded 12 times in the Premier League (the same as Fulham and Aston Villa). Moyes needs to settle on a centre-back pairing sooner rather than later, although the midweek returns of Nemanja Vidic and Rio Ferdinand should solve that problem, fitness permitting.

United have won their last five matches against Fulham. Moyes needs to make sure Saturday brings a sixth.

Striker Hugo Rodallega (groin) is doubtful after limping out of the defeat to Leicester, in which he scored twice. Defender Brede Hangeland (dodgy leg nerve) will be assessed after missing the Southampton trip.

Danny Welbeck (knee) is set to miss out once more, but Moyes’ injury list doesn’t stretch too far either.

When he’s on song, the Bulgarian can turn any game on its head. When he isn’t he becomes the kind of player you’d happily pick up a four-year stadium ban for, just to slap him in the face.

But which Berba will turn up against his former club? Will it be the player capable of this, or the one who’ll allow the opposition striker a free header moments after being told to mark him?

To the dismay of those at Craven Cottage, it’s been more of the latter this season. Playing just off Darren Bent, the Bulgarian has scored only once in eight games (against Palace) and regularly cut a frustrated figure.

Against Southampton last weekend he completed just 16 of his 28 attempted passes, was successful with none of his four take-ons and received the ball inside the Saints’ penalty area only once. To cap it all, he’s averaging just a shot per game in the league this season. It doesn’t help that wingers Pajtim Kasami and Bryan Ruiz aren’t linking up with him well, though – and that must change.

Two men desperate for points in trying circumstances. Jol is hanging on to his job for dear life knowing full well that his side aren’t expected to win either of their next two fixtures before a nervy week’s break. And while there’ve been more reasons for cheer where Moyes is concerned in the last fortnight, the Scot is still far from winning around the Old Trafford masses.

It’s he who holds a slender advantage in the head-to-head battle between the two, though, having won five games to Jol’s four. Happily for the neutrals there’s only been one draw in their 10 Premier League meetings.

Last season’s fixture produced an entertaining 1-0 win for the visitors, with Wayne Rooney bagging late on; you can expect a similarly tight encounter this time around. United to take it 2-0.