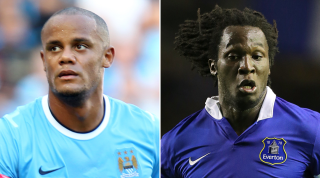 Wednesday’s meeting with Bayern Munich was humbling for Manchester City, who lost 3-1 yet could have gone down by four or five if the visitors hadn’t decided to play nice for the last half an hour and Alvaro Negredo hadn’t unleashed a strike sweeter than sugar.

City were outplayed, out-passed and out-thought, but in Manuel Pellegrini they have a manager who knows how to put such a result in context. His team played poorly, it’s true, but against surely the best team in the world. The match only served to display the current gap in quality between City and Pep Guardiola’s men, not expose a team who will never perform in the Champions League. Certainly the argument to drop the clangerrific Joe Hart has a whiff of baby and bathwater about it.

Manchester City would love a win over Everton to renew confidence, no doubt, but this isn’t make-or-break.

That's not least because of Everton’s own form. Given Roberto Martinez’s keenness to attack even when it seems a risk, few people would have expected his transitional Everton side to make themselves the last team in the Premier League to be beaten this season.

However, they’re attacking with fluidity and have Romelu Lukaku – who has apparently deposed Juan Mata as the world’s best player – to score goals. Even if the Toffees’ defence can melt more easily than actual toffee: they’ve conceded six in their last three matches against Newcastle, Fulham (in the cup) and West Ham. Nice new badge, too.

Martin Demichelis is sidelined with a dicky knee and Jack Rodwell is still recovering from a muscle strain (the Ouchus Inevitabilus, we think it’s called). For Everton, loanee Gareth Barry is ineligible to face Daddy Manc, Steven Pienaar has a bad case of Demichelis Knee and Antolin Alcaraz got a hernia injury in training.

So far the defender has played 45 minutes of pre-season for Everton, fully justifying the non-existent transfer fee they paid for him. Finally, Darron Gibson and Kevin Mirallas face late fitness tests, hopefully in the style of the final Eliminator in Gladiators. Bring on the travelator!

The man employed to make Jose Mourinho look silly has scored three in two, even if he couldn't remember one of them. For such a strong individual, Lukaku isn’t dominating aerial battles – he won 2 from 6 against Newcastle and only 2 from 8 when facing Manchester City for West Bromwich Albion in a 1-0 defeat last year – but proving more of a fox in the box, which suits Roberto Martinez’s preference to play on the floor.

Last season the Belgian scored 15 of his 17 league goals from inside the box; this term it’s 3 from 3, and his goal against West Ham showed his willingness to throw himself into the thick of the action. The man to stop him will be Belgian countryman Vincent Kompany. He should remember Lukaku’s cameo against City in Albion’s 2-1 defeat last October: the striker played 10 minutes and had 3 shots, all from central positions inside the area, after Shane Long had managed 1 – a goal – in over 80 minutes.

It’ll be interesting to see if Lukaku attempts as many take-ons as he did against Newcastle (7) and West Ham (5, in one half). Kompany won’t stand for that.

Martinez faces his first big test on the road as Everton manager but won’t be overawed having beaten Chelsea at home – plus, his Wigan side won more matches away than at the DW Stadium last season.

After the Bayern defeat, Pellegrini defended his under-fire goalkeeper as Hart let in two soft goals, and one goal of medium-to-rough consistency. His form of deflecting the blame from Hart was to blame everybody else, saying, “The three goals – I think we can do better, not only the goalkeeper.”

Everton to take advantage of a slightly shellshocked City early on, but Pellegrini to restore order at half time. Score draw. What do you mean, we need a specific scoreline? Pfft... 2-2.