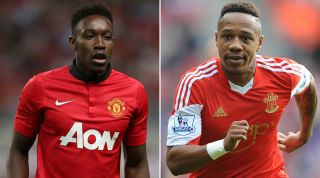 Steadily developing side who could yet make a real splash at the top once they get their attack in order… vs Manchester United.

In their initial Premier League spell, Southampton would regularly bloody United’s nose at The Dell, yet they’ve rarely had much joy at Old Trafford. Their last point came in September 1999, when stocking-filler DVD star Massimo Taibi spread his legs for Matt Le Tissier in a 3-3 draw.

Southampton may have lost last season’s fixture, but their performance was heralded by Alex Ferguson as the best by a visiting side to Old Trafford so far that season, with the Scot going as far as to say his team were lucky to win – not something you imagine he’s admitted too often.

That will only give Mauricio Pochettino’s side great confidence, although they certainly shouldn’t be lacking in that department, after a strong start to the season. Saints have the best defensive record in the league, conceding twice in their opening seven matches, and their 1-0 victory at Anfield in their previous away match shows they’re capable of nullifying even the Premier League’s best attacks.

That will be especially ominous reading for David Moyes, as his side are yet to hit their attacking stride this season, although Robin van Persie and Wayne Rooney both scored international goals during the last week, with the latter’s improving form particularly encouraging.

Moyes has come under fire in some quarters due to his new side’s more direct and cross-heavy approach, although that method may prove the best way to overcome a Southampton side so adept at winning possession in the middle of the park.

Tom Cleverley is a doubt with the calf strain that saw him ruled out of England’s Wembley wins against Montenegro and Poland. Robin van Persie is carrying a toe injury, but should be available.

Michael Carrick may not have started the season brilliantly, but he’ll have been boosted by his good week with England. United’s pass master will come up against one of the league’s busiest tacklers and interceptors in the form of Morgan Schneiderlin. Carrick will need to be at his best to pick his way past the Frenchman.

David Moyes and Mauricio Pochettino have gone toe-to-toe just one before, in the Argentine’s first match in charge of Southampton. The build-up to the match was dominated by talk of a protest against Pochettino and the club’s board by fans unhappy with the sacking of Nigel Adkins. In the event, the discontent was minimal, and Saints performed well as the sides drew 0-0. The match will probably be best remembered for Jason Puncheon’s impromptu trip to the gents’ during the second half.