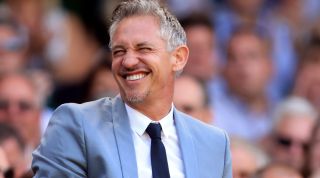 Match of the Day presenter Gary Lineker is now officially Her Majesty’s Most Loyal Opposition, following his one-man campaign to depict immigrants as human beings.

Lineker has attracted controversy for suggesting that flagrant, balls-out racists might be guilty of racism, with many voices in the pro-xenophobia camp calling for him to be sacked from the BBC.

Now the 55-year-old’s unease at the idea of enforcing dental checks on refugees – like something out of a counterfactual dystopia where the Nazis won – has seen him catapulted into the role of Leader of the Opposition, the position having been effectively vacant for some time.

Angry racist Dan Lloyd said on Twitter: “I used to think he was a national hero for scoring all those goals, but now I realise that was just a ploy to shove his treasonous, pro-EU communism down our throats.

“I didn’t fight in two world wars to have someone off the telly disagree with me. I mean, I didn’t fight in any wars, but I would have done, if the liberal luvvie rootless cosmopolitan metrosexual elite had been brave enough to invade Argentina.

“You wouldn’t dare represent your so-called country would you, Gary? You’d just hide behind your anonymity, you heartless, bleeding-heart, open-minded bigot.”

UEFA refusing to rule out holding Champions League final in US, on Moon

Lineker will now attempt to put together a shadow cabinet with the aid of Deputy Leader of the Opposition, Lily Allen.

It is not unknown for non-politicians to fulfil the brief of Leader of the Opposition. In 2003, with Labour and the Conservatives united in planning to carpet-bomb Iraq into the Stone Age, the role of Opposition was taken by the Liberal Democrats, to widespread amusement.

Back of the Net on FourFourTwo.com • More features you’d really like