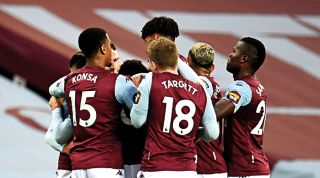 After a Premier League journey with more twists and turns than Spaghetti Junction, Dean Smith will be keying ‘quickest route to top-flight safety’ into Aston Villa’s sat nav for the 2020-21 season.

“Last season we were able to navigate a very difficult transition into the Premier League and are happy with the effort to stay up,” noted owners Nassef Sawiris and Wes Edens in a joint-statement after Smith & Co. pulled off their agonisingly late emergency escape.

“But we will not be satisfied until we achieve our goal of bringing sustainable success to Aston Villa at the top tier of European football.”

The Villa Park faithful have been floored more times than Jack Grealish since Martin O’Neill’s shock departure a decade ago – a moment which set in motion a decline from which the club is yet to fully recover. In short: Holte Enders won’t be getting completely carried away by those exciting boardroom proclamations just yet.

That said, the unlikely rescue mission – with four games remaining, Villa were as many points adrift of safety before a remarkable last-gasp turnaround – has at least given the Midlands’ best-supported club a platform to plan their return trip back up the Premier League table.

Peering ahead to regional rivals Leicester and Wolves in the distance will only add to Smith’s motivation, as will the presence of newly-promoted neighbours West Brom in their rearview mirror.

RICHARD JOLLY Jack Grealish doesn't naturally fit into England's system – so can he adapt to the role Gareth Southgate wants him to play?

Supplementing that quartet with proven Premier League quality recruited by Smith, chief executive Christian Purslow and new sporting director Johan Lange – who arrives from FC Copenhagen with a big reputation for finding value – would certainly help Villa on their way.

It was a jittery journey to 17th place last time out, but Smith’s men got there in the end. Now, those extra miles on the clock should empower them to throw off the Premier League L-plates and move forwards at speed.