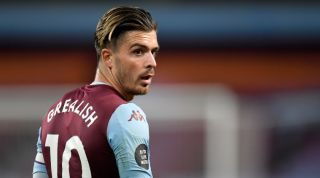 And that’s still logical, there’s no need to be contrary. Grealish can earn much, much more elsewhere and if the rumours are true and he is of interest to Manchester United, then such a transfer would be the gateway to a different standard of living and a different type of career. England and Europe; he’s certainly good enough for both and his best chance of showing that probably lies away from Villa Park.

But the perception that he has to leave, that it’s necessary – that’s the objectionable part. The case for doing so may make itself, but it isn’t without a few counterpoints.

Grealish and Villa is a special relationship. Not just because he’s a childhood fan or because he’s so talented, but because there are so many layers to that connection. He’s the right player at the right time playing in the right place. It’s not just the way he carries the ball or how he wears his socks or ties his hair, instead it’s all of that – it’s what that sensory combination teases out of those in attendance.

Anyone who has had an opportunity to watch Grealish play at Villa Park will know this. They’ll also recognise that such energy is increasingly rare inside football stadiums and that in this era of superstar players gathering from all over the world, the local-boy-made-good story is still as seductive as ever. More so, perhaps, given its scarcity.

Ordinarily, to buttress this argument, this would be the moment to talk of Grealish’s need to be an every-week starter, and how disadvantaged he might be by having to settle for something less. Also, it would be right to mention that he probably suits a more central role tactically, and that the expressive elements within his game would likely be inhibited by having to share his minutes or earn his pitch-time with a more literal sort of efficiency.

Those would all be fair points, but perhaps none of them are more substantial than this: what would the harm be in him playing one more season, just to find out whether Villa can muster some forward momentum? The first step was always going to be survival and always likely to be grim.  But the second phase might be something else entirely – in Nassef Sawiris and Wes Edens, Villa are owned by two of the wealthiest men on the planet, and there’s no reason to believe that 17th place this year couldn’t become 10th in 12 months’ time.

Why not? Are Newcastle so uncatchable, are Brighton, Crystal Palace and Southampton setting such a pace that surpassing them is unrealistic?

If that trajectory were to continue upwards and Grealish was to be one of the catalysts for that revival, wouldn’t that – as a body of work within a career – be worth much, much more as a legacy? It wouldn’t come with as much material reward, but if ever a player was destined to be more alternative and to be motivated by something other than the unfeeling accumulation of wealth, fame and medals, surely it’s him?

Grealish is supposed to be the hero character in thousands of bedtime stories, not just a two-line anecdote within the Wikipedia account of someone’s monied assault on a championship. This, then, is that fork in the road; this is where that decision has to be made.

One more season, just to see where this is headed. Surely that’s worth it? A stronger Villa with him at their heart and the fans back in the stands would be the kind of spectacle that the Premier League would be better for having.