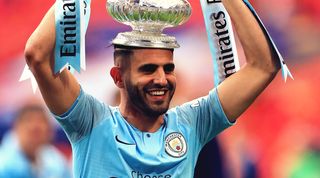 NOW TRY Quiz! Can you name the 40 highest transfers OUT of the Premier League?

Almost 12 years ago – on September 1, 2008, to be exact – Thaksin Shinawatra officially agreed to sell Manchester City to the Abu Dhabi United Group.

Since that day, Manchester City have been splashing the cash with the best of them. There have been many hits (as we can see from their team right now), a few spectacular flops, and full-backs. Lots and lots of full-backs.

Considering their big-spender status, however, it’s mildly surprising that a January 2018 transfer worth “only” £63m is City’s all-time record signing. Thrifty!

Now it’s time to name that player, plus the 49 others, who make up City’s biggest buys of the Abu Dhabi era (but not before, we hasten to add).