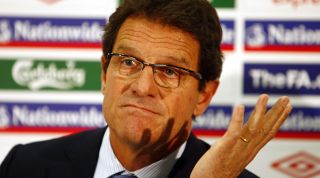 As Gareth Southgate announces his squad set to decimate the 2018 World Cup, leaving Brazil, Germany, Spain and even Panama weeping in England’s wake, let’s examine the squads which… did not quite do that in the past.

Yep, these are the brave boys that England managers picked from Euro '96 – when the Three Lions last reached the final four of a major tournament – to the European Championship in France two years ago.

Now, 227 players may seem like a lot , but remember that there are plenty of repeat picks in the below – including several gluttons for punishment who appear in a total of five squads. Yikes!

We've put 12 minutes on the clock and we’d love to know your score – so put your lion costume, roar aloud and tell us your total @FourFourTwo. We’ll retweet the best scores, if you don’t give answers away – and please challenge some fellow England fans too. Ta!

Note: This quiz is a beast, so it's best done on desktop rather than a mobile device if possible.