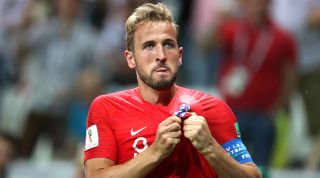 After England’s simple, straightforward, in-no-way-nerve-shredding victory over the mighty Tunisia, a new player added his name to the list of first England scorers in a major tournament.

If you can’t name that player, we’d worry about exactly how high your World Cup fever is getting – but going back in time, it gets a bit trickier. England have at least actually scored in every tournament they’ve qualified for over the last 30 years.

Admittedly, at Euro ’92 it took until the third game to find the net – while at the 2006 World Cup, Carlos Gamarra’s own goal delivered England’s first strike. But we’re not counting own goals; these are the 12 England players to score first in a big tournament, including the man who did so twice (at Euro ’96 and at the 1998 World Cup).

It’s a rapid-fire affair, just two minutes on the clock. So get furiously guessing – then let us know how close you came to a perfect score @FourFourTwo. Please challenge some friends while you’re at it!