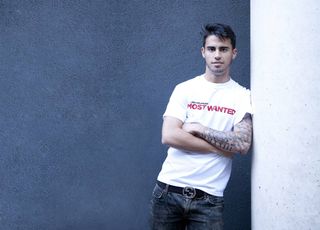 How are you settling in on Merseyside?
When I first arrived it was difficult both with the language and not knowing many people in England. Ultimately, however, you know that you’re coming to play football, so the most important thing is adapting on the pitch, which for me wasn’t a problem.

What’s life like at Anfield?
Liverpool are one of the most recognisable teams in the world and to be part of the first-team squad this season has been a huge privilege for me. So many people around the world would want to pull on the red shirt so I feel very lucky to be part of the club. I get on well with everyone in the dressing room. They’ve all helped my adaptation to the squad.

Is Brendan Rodgers a ‘Spanish’ type manager?
Absolutely, both in the way he prepares us for games and the style he wants us to implement on the pitch. We’re always doing work with the ball, which for me is very important. It’s a pleasure working for him. He said he was going to give everybody a chance when he arrived and in giving me my big break in the first team, my game has improved enormously.

Is it possible for an English team to play the Spanish way?
I think we’re proving that’s the case. We play a tactical system that’s very similar to Spanish teams, we have very good players and look to keep the ball. That’s all down to the coach and we’re all united that this is the way to play. We’ll see what we can achieve this season.