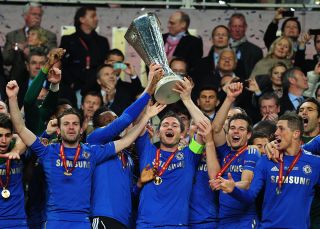 Chelsea's European Super Cup final against Bayern Munich was more than just a chance for Jose Mourinho to renew acquaintances with Pep Guardiola. Although the Blues narrowly lost the one-off battle in Prague, they have still have won every other club trophy available to them except the Club World Cup - in the time since Arsenal last won a trophy. Which set us thinking... how does their success compare to their rivals, at home and abroad?

It's a particularly sore subject for Gunners fans, who haven't had a cup to cheer since 2005's FA Cup win. In the eight seasons since Patrick Vieira's decisive spot-kick at the Millennium Stadium won the shootout for a side spearheaded by Bergkamp, Pires and Reyes, Chelsea have piled up 11 trophies - but that haul is surpassed by (surprise surprise) Manchester United, who have racked up 15 competition wins.

Meanwhile, for all the noise emanating from the other side of Manchester, City have only won the three trophies - fewer than their neighbours won in 2007-08 alone... And Barcelona have topped them all by lifting 19 pots. But did you expect anything else?