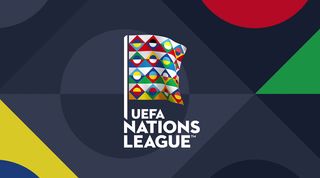 The what, why, when and where

In a nutshell, UEFA created the Nations League to replace international friendlies and add a competition to those horrible non-tournament years. Remember how barren last summer felt, even though European qualification for the 2018 World Cup began in September 2016? That 15-month slog and the empty summer are both gone for good.

The qualifying campaign for Euro 2020 will produce 20 of its 24 offspring within nine months, from immaculate conception in March 2019 to cigars all round in November. There’ll be 10 groups of five or six teams and the top two will qualify: simplicity itself. And June of that year will no longer see fans deprived of an international tournament. Even with no World Cup or European Championship to empty our Panini sticker bank accounts, we’ll be watching the finals of the UEFA Nations League.

The Nations League will take place in the autumn of 2018 (and every even-numbered year after it) and involve all 55 UEFA nations, with four triumphantly ascending to June 2019’s finals stage. Then, across five glorious summer days, one country will host a mini-tournament for those four teams: two semi-finals, a third-place play-off and a final.

Because a 55-team league would be slightly cumbersome, the Nations League is divided into four… well, leagues. Ranked by UEFA coefficient – which is not the same as the FIFA rankings, but that’s a rabbit hole you really don’t want to go down right now – the teams are placed in Leagues A to D.

Yes, that’s World Cup Serbia in Group C alongside Lithuania and Estonia. And yes, that’s the Netherlands in Group A – the same Netherlands who failed to qualify for Euro 2016, despite literally half of the professional teams in Europe managing it, and who weren't at Russia 2018 either. Reaching the World Cup semi-finals in Brazil is a) still worth 20% of their coefficient points, and b) carrying them at this point. Here they are, look:

Next, the teams in each league, A to D, were drawn into four groups within each league. Sadly it’s not a complete free-for-all, so there hasn't been a Group of Death consisting of Spain, world champions France and European champions Portugal. No, as they do in the Champions League and Europa League, the spoilsports at UEFA created seeded pots within each group within each league. Groups, leagues, seeds, pots – it’s half-tournament, half-allotment.

Best of all, every match matters. Teams play each other twice and the group winners are promoted to the league above while those at the bottom of their group are jettisoned into the sun. Wait – no, they’re relegated. Sorry, our mistake. Anyway, this means that when the 2020/21 Nations League rolls around, each group will look very different.

Finally (for now), the four group winners in League A will qualify for that aforementioned Nations League finals tournament taking place in June 2019. It’ll be like the European Championship of 1960 to 1976, when only four teams were invited, but this time the final won’t be contested by Yugoslavia and the Soviet Union. Probably.

Behold: the Faroe Islands at Euro 2020

Then it starts to get a little more complicated and a lot more controversial. Earlier, we mentioned that the usual Euro 2020 qualifiers in 2019 will be responsible for 20 of the final 24 teams. The other four will emerge from play-offs created by results in the Nations League – one for every tier, right down to League D. Each league has four group winners, as you’ll recall, and they’ll face each other in semi-finals, then a final. With four group winners per league, that’s 16 teams in all who’ll get a shot at qualifying through the play-offs.

Imagine Paul Merson’s horror when – if – he understands that one of Azerbaijan, Georgia, Kosovo and the Faroe Islands will definitely be playing at Euro 2020. He may remember Georgi Kinkladze, at least.

This is one reason many people are sceptical, dismissive or simply pissed off. Azerbaijan will be the favourites in League D; they’re on the up, but do they deserve a place in the finals of a major tournament? There’s a place open for any country in Europe (and some that patently aren’t – UEFA member Kazakhstan share a border with China and play their home games due north of Mumbai).

It’s a fair argument, but one that a critic can make only if they also drop the lazy-but-popular claim that UEFA are doing all this just for money. If Iceland (population: 335,000) are the smallest side ever to reach a World Cup; UEFA won’t get much revenue if the fast-improving Faroes (population: 50,000) qualify to represent a nation that could fit inside Ibrox.

A bigger problem is in how the play-offs reward prestige rather than success. If they cock up their qualifying campaign in 2019, Europe’s giants can have a second bite of the cherry even if they’d previously cocked up their Nations League campaign as well. Because there’s an obvious flaw to the idea that each 2018/19 Nations League group winner will enter March 2020’s play-off for that year’s European Championship: the majority of them will already have qualified for it. So will most, if not all, of League A and a hefty chunk of League B.

There are problems, then. The setup is overly favourable to big fish, little fish and possibly cardboard boxes as well. League D teams unexpectedly get a place, and everyone in Leagues A and B, plus half of the teams in League C, is given two chances to qualify. Also, with 20 teams qualifying normally and a further 16 entering play-offs, the Euro 2020 qualification campaign will definitively eliminate only 19 countries, or a third of UEFA. The crap third.

However, that’s the consequence of inviting 24 teams to the European Championship in the first place – and Euro 2016 still turned out all right. As for minnows diluting the quality of the final tournament, people said the same thing about Iceland, Wales and Northern Ireland. Besides, in the World Cup 2018 qualifiers, League D nations collectively took points off France (Luxembourg and Belarus both), Italy (Macedonia), Poland (Kazakhstan), Romania (Kazakhstan again), Hungary (Andorra and the Faroes), Austria, Wales and the Republic of Ireland (all Georgia).

Finally, if you’re wondering how they’re packing it all in, don’t worry about your club’s stars being overworked. Contrary to popular belief, there are no extra games being played; only friendlies being replaced. And there’s even room in the schedule for countries to continue arranging their own friendlies against whoever they want across the globe – especially the top nations, who are in smaller groups for the Nations League and Euro 2020 qualifiers and therefore have more rest days.

In short, there are swings and there are roundabouts. But there will also be plenty of entertainment.