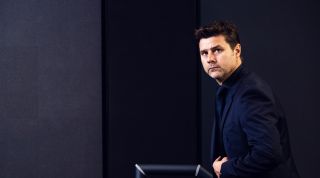 The question of "where next?" for Mauricio Pochettino is yet to be answered. There are no immediate coaching vacancies among Europe’s elite clubs and, most likely, Pochettino will now have to wait until summer to find his re-entry point.

But the where is less intriguing than the what. While the Argentinian has the reputation to pique the interest of almost any club, there are clearly some scenarios which would suit him more than others. That will – or should – be the priority. Instead of finding the most decadent throne at the highest point of the game, Pochettino must identify a situation which best complements his style of management.

That’s imperative. For all the obvious reasons, but also because good stock isn’t permanent in football and, like any other head coach, he is only one bad decision away from falling behind the next batch of Bright Young Things.

But what are these optimal conditions?

Pochettino’s strengths are self-evident. He inspires loyalty and a semi-cultish following in his players. He can improve footballers, too. First by increasing their literal output and improving their levels of fitness, but then by refining their processes and using them in ways which best suited their abilities. As and when necessary, he’s also shown the mental agility for fairly dramatic reinventions, by using players in roles which weren't naturally their own.

To maximise those strengths, his next job will need to equip him with a squad which is willing to be bent to his will. It must be pliable. Egos are generally obstructive to his work and anyone who isn’t completely subservient tends to be given short shrift. It’s largely forgotten now, of course, but his time at Tottenham Hotspur begun with a long list of sacrifices made to the greater good. Younes Kaboul, Federico Fazio, Nabil Bentaleb, Andros Townsend; once he decided that they didn’t have a future, they were history.

So he can brutal and that’s as much a curse as it is a virtue. Perhaps it’s also a clue as to one of the missing ingredients at White Hart Lane? Maybe Pochettino needs a Ying to offset his Yang? A Good Cop to tap him on the shoulder when the Bad Cop routine gets too destructive.

One of the advantages of his working relationship with Daniel Levy was, in the absence of a director of football, long assumed to be the autonomy he seemed to enjoy over the footballing department. While that was helpful in some ways – Spurs certainly developed an identity – it would become a hindrance in others.

His judgement in the transfer market wasn’t always that astute. His training routines reportedly became stale and repetitive. His substitutions were often hesitant and ineffective.

His handling of relationships wasn't always as delicate as it might have been, either. On reflection, his demand for total loyalty would occasionally work against him and there were times when he seemed to weaken the team almost out of a point of pride. The treatment of Toby Alderweireld during the first half of 2018 would be a case in point. As would the demotion of Kyle Walker twelve months before.

Yes, in each situation his behaviour could be justified, but perhaps it would have been beneficial to have another voice in that conversation? The broader point, which can be made in reference to all of these issues, is about the future value of having a different perspective. The opinions of someone who isn't Jesus Perez or Toni Jimenez, but a figure who exists independently of that coaching group - one who has the gravitas to question ineffeciencies or methods.

Wherever Pochettino goes, he needs to work within the right project and with the right supporting budget, but he also needs to be answerable to some sort of footballing equal. Call it a technical director or a head of performance, but what matters is that figure’s legitimacy – his ability to question the occasional method or second guess the odd situation. Essentially, to be a support and an enhancer of the fine work that Pochettino will inevitably do wherever he lands, but to also have the sporting credibility that Daniel Levy didn’t and which – ultimately – protects him from his own bullish idiosyncrasies.

He’s a passionate, intense coach. But he can also be volatile, stubborn and unreasonable and, occasionally, that has proven to be extremely costly. The winning formula therefore, this ideal scenario that he needs to find, has to involve that kind of pressure valve.

LONG READ Inside Lazio’s ultras: on the ground with Italy's most notorious fans