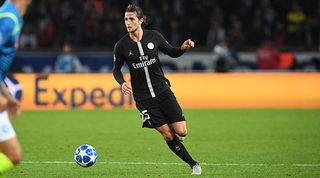 Rabiot will be available on a free transfer when his deal at the Parc des Princes expires this summer, after an acrimonious campaign in the French capital.

The 24-year-old hasn’t played for PSG since December 12 after falling out with the club over his future, and was suspended by them earlier in the season after being spotted in a nightclub and ‘liking’ an Instagram post from Patrice Evra in which the former Manchester United man threatened to slap former PSG player Jerome Rothen.

PSG sporting director Antero Henrique criticised Rabiot in December, saying: "It seems that the player and his representative have totally misled us for the past few months.

"I must add that this situation is disrespectful towards both the club and the supporters – especially considering that he is a player who has played in these colours all the way from the academy to the first team. This player has always received the club's full support."

Barcelona were heavily linked with signing Rabiot earlier in the summer, but the Catalan giants’ intent appears to have cooled since.

Tottenham have also been credited with interest in the player who refused to be on France’s standby list for the 2018 World Cup, though reports in December suggested that Rabiot thought the north Londoners to be ‘beneath’ his level.

But now, according to the Manchester Evening News, Manchester United might be willing to take a risk on the troublesome central midfielder as they look to improve significantly in 2019/20.

Ole Gunnar Solskjaer’s side finished sixth in a dismal season and therefore missed out on Champions League qualification, which is forcing the Norwegian into major changes at Old Trafford this summer.