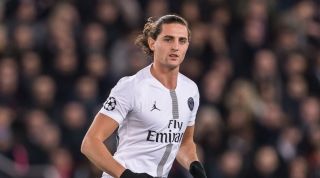 Manchester United are leading the race to sign Adrien Rabiot, according to Mundo Deportivo.

The France international is set to depart PSG when his contract expires in a month's time.

The midfielder spent most of the 2018/19 campaign in exile after being banished from the first-team squad for failing to sign a new deal.

Barcelona and Real Madrid have been keeping tabs on Rabiot in recent months, and Real Betis have now launched an ambitious move to capture the 24-year-old.

However, United's financial muscle puts them in pole position to land the soon-to-be free agent.