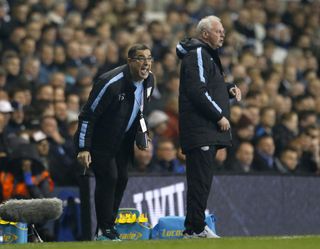 Aston Villa have apologised to all former players who were affected by the reported behaviour of their former head of football development Kevin MacDonald.

MacDonald, who was reallocated to non-player-facing duties when allegations of bullying made by a number of ex-players surfaced in December, has left the club with immediate effect following an independent investigation.

The investigation was carried out by barrister Jack Mitchell but the club say its findings, as it forms part of an employee disciplinary process, have only been made available to the board, the Football Association, Premier League and statutory authorities.

However, they did apologise for MacDonald’s conduct.

“Aston Villa wishes to apologise to all former players who were affected by behaviour which would not be tolerated by the club today,” said a statement.

“Our approach to safeguarding is now unrecognisable from the past and has been described as excellent in recent EFL and Ofsted audits.

“Mr Mitchell appealed for individuals to come forward to give evidence and we are especially grateful to those former players who assisted him in his investigation.

“As the report forms part of an employee disciplinary process, the club is unable to provide details in public although copies of Mr Mitchell’s investigation have been provided to The FA, Premier League and statutory authorities.

“The club will now begin a search for his successor.”