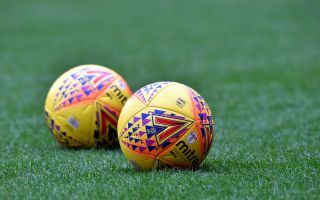 Falkirk moved to within a point of Ladbrokes League One leaders Raith after a 2-0 win over East Fife.

Michael Doyle’s strike and Declan McManus’ 20th goal of the season guided them to victory as the Fifers lost ground in the promotion race.

The Bairns went ahead with 72 minutes on the clock when Paul Dixon’s cross from the left found Doyle on the right side of the box and he fired home via the far post.

And McManus then wrapped it up five minutes later when he controlled the ball on the edge of the post before drilling a shot was deflected beyond Brett Long in the East Fife goal.

McManus nearly grabbed a second goal but his effort with five minutes remaining came back off a post before East Fife cleared the danger.