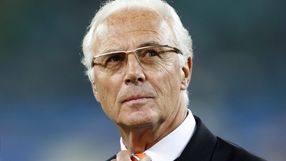 "I want to spend more time with my family," said Beckenbauer, who won the World Cup as a player in 1974 and as Germany coach 16 years later.

"I had and have a very good time with my colleagues at FIFA and UEFA. I ask for understanding for my decision," he said.

The 65-year-old, who last year also stepped down as Bayern Munich president, had been a member of the FIFA executive committee since 2007 as a European football (UEFA) representative.

A year earlier he had successfully completed Germany's preparations and staging of the 2006 World Cup as head of the organising committee.

"We regret that he wants to pull out of the executive committee but obviously respect his personal reasons. We will now calmly think about how we will position ourselves for an election of a successor next year," said Zwanziger.