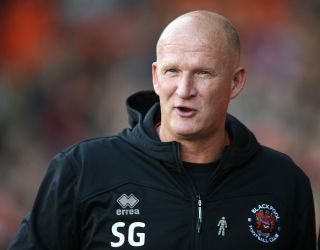 Blackpool have sacked manager Simon Grayson after just over seven months in charge of the Sky Bet League One club.

The decision comes following a disastrous run of results since just before Christmas that has seen the Tangerines lose seven of their last nine league matches, culminating in Tuesday night’s 3-2 home defeat to Gillingham.

The only victory during the past two months came on Saturday when Blackpool beat relegation-threatened Southend 2-1 at Bloomfield Road.

With the club now languishing in 15th in the table, a statement read: “Blackpool Football Club can confirm that Simon Grayson has today been relieved of his duties as first-team manager.

“The club would like to thank Simon for his efforts during his time back at Bloomfield Road and wish him well for the future.”

It is the second time Grayson has departed Blackpool, although the first was on his own terms when he left the club in December 2008 to join Leeds.

Grayson has also managed at Huddersfield, Preston, Sunderland and Bradford during his 14-year managerial career.