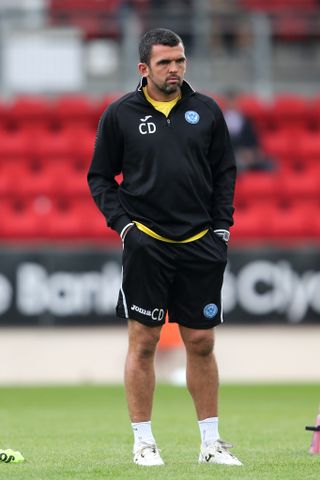 Saints went from the high of their last-gasp victory over Kilmarnock to the low of losing a deflected late goal that consigned them to a defeat in their first home game of the Scottish Premiership season.

But Davidson was generally satisfied with much of their play except their quality in the final third, and he could have strikers Chris Kane and Stevie May back for Sunday’s clash with Hibernian at McDiarmid Park.

So he is focused on the positives ahead of another chance to claim points.

“The players applied themselves extremely well so it’s just about getting them back up for a big game on Sunday. It’s a good thing to have a game so soon.

“I would be in a worse mood if we played badly and got beaten. There were signs there that were pleasing and players have to keep that in mind and focus for Sunday.”

Hibs have enjoyed an impressive start to the season with 10 points from four matches and boast a range of attacking options.

“I have watched Hibs a couple of times and they defend really well as well,” Davidson said. “They are all hard games, they are all tight games.”