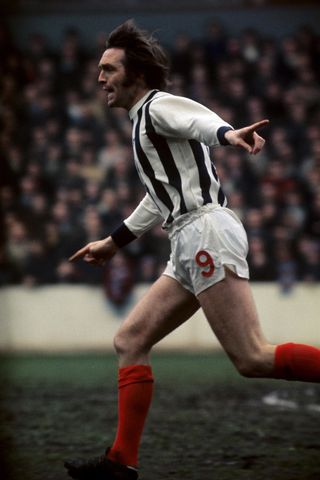 A total ban on heading in training for primary school children has been introduced with immediate effect in England, Northern Ireland and Scotland to mitigate against any possible health risks.

The football associations of those three countries have updated their guidelines connected to heading the ball in training, with no heading at all in the foundation phase for primary school children and a “graduated approach” to introduce heading training at under-12 to under-16 level.

There are no changes to heading in youth matches, where headers rarely occur.

Mark Bullingham, our CEO: "This is an evolution of our current guidelines and will help to reduce and remove repetitive and unnecessary heading from youth football."https://t.co/U4PNChDok1— The FA (@FA) February 24, 2020

The FIELD study, joint-funded by the English FA and the Professional Footballers’ Association and which was published in October last year, found that professional footballers were three-and-a-half times more likely to die of a neurodegenerative disease than age-matched members of the general population.

The study did not identify a cause for this increased risk, but repeated heading of a ball and other head injuries have been identified as possible factors. The associations have acted after consultation with the medical committee of European football’s governing body UEFA, which is expected to issue guidance across the continent later this year.

Dawn Astle, who has campaigned for restrictions to heading in training at all levels of the game, welcomed the news but said ultimately the authorities had to go further.

She told the PA news agency: “We’re all really pleased – it’s sensible following the results of the FIELD study.

“We must take early steps to avoid exposing children’s brains to risk of trauma and by saying there’s no heading in training for primary school children is a really sensible way to make the game we all love safer for all those involved.”

Astle’s father Jeff, who represented England at senior level and also served West Brom with great distinction, died in 2002 from chronic traumatic encephalopathy (CTE) which the coroner ruled was caused by the repeated heading of footballs.

“For over-18s now there certainly should be some guidelines for training,” Astle added.

“I believe it’s the cumulative effect of that which is ultimately killing the players.”

Dr Carol Routledge, its director of research, said: “The recent FIELD study highlighted an increased dementia risk for ex-professional footballers in Scotland. While we don’t yet know the cause or causes of this increased risk, limiting unnecessary heading in children’s football is a practical step that minimises possible risks, ensuring that football remains as safe as possible in all forms.

“We need to see more research in order to unpick any link between football and dementia risk but until we know more, making sure the nation’s best-loved game is played as safely as possible is a sensible approach.

“Only through sustained investment in dementia research will we keep people connected to their families, their worlds and themselves for longer.”

The FA has stated the focus of future research will be to try to identify the cause of the increased risk to footballers highlighted by the FIELD study.

The FA's Head of Performance Medicine, Dr Charlotte Cowie, has provided a new update on research and progress made since publication of the FIELD Study in October 2019: https://t.co/sFVWqdDV3a. pic.twitter.com/IGk2lv1WYY— FA Spokesperson (@FAspokesperson) February 12, 2020

The study’s lead academic Professor Willie Stewart said: “I’m encouraged to see these changes being made.

“A lot more research is needed to understand the factors contributing to increased risk of neurodegenerative disease in footballers. Meanwhile it is sensible to act to reduce exposure to the only recognised risk factor so far.

“As such, measures to reduce exposure to unnecessary head impacts and risk of head injury in sport are a logical step. I would, however, like to see these proposals introduced as mandatory, rather than voluntary as present, and a similar approach to reduce heading burden adopted in the wider game of football, not just in youth football.”