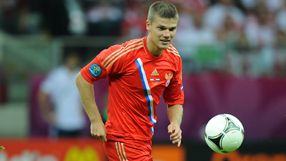 Italian Capello named Denisov, demoted to Zenit's reserve team last month after he refused to play for the club and issued an ultimatum to renegotiate his contract, in his 24-man squad on Tuesday for the games against Portugal and Azerbaijan.

Striker Alexander Kerzhakov, dropped by Zenit for "improper behaviour" last month before being recalled after making peace with the club's coach Luciano Spalletti, was also included.

However, there was no place for former national team skipper Andrei Arshavin because the Arsenal forward has seen little action for his London club this season.

The Russians have made a flying start in their World Cup qualifying campaign under Capello, winning both matches.