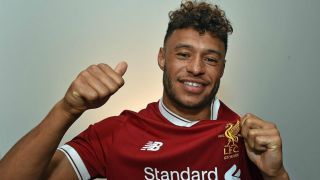 Former Liverpool star Jamie Carragher is puzzled over where Alex Oxlade-Chamberlain will fit in after his deadline-day move from Arsenal.

Oxlade-Chamberlain reportedly rejected Chelsea in order to join Liverpool in a £35million deadline-day move, which could reach a value of £40m.

The England international's desire to play central midfield was said to be a factor in his choice, even though the likes of Emre Can, Jordan Henderson and Georginio Wijnaldum already play in that position.

In addition, Adam Lallana and Barcelona target Philippe Coutinho are still to return from injury and Carragher, while agreeing the 24-year-old adds depth, cannot see him getting into the team in that spot.

"He talks a lot about wanting to play in central midfield, so that will be interesting to see how that one plays out because Liverpool have got five or six central midfielders who are really good," Carragher said to Sky Sports.

"I am not sure if Oxlade-Chamberlain would get in that midfield three if everyone is fit.

"You still have Coutinho and Lallana to come back to the players who performed so well at the weekend. So it remains to be seen how that one will work.

"He is a good player for the squad at this moment, but central midfield, I am still scratching my head on that one.

Absolutely delighted to be a red! Can't wait to get started with the boys after the International break! August 31, 2017

"But with Jurgen Klopp buying him with only 12 months left on his contract, there must certainly be a plan in place for where he is going to play and fit in.

"I am interested to see how that one works out."