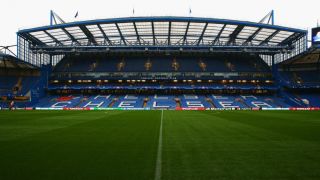 Chelsea spent more on wages than any of their Premier League counterparts during their triumphant 2014-15 season.

According to its latest Companies House filing, the wage bill at the Stamford Bridge club increased by more than £25million for the year ending June 30, 2015.

This amounted to an annual increase from £190m to £215.6m, with Chelsea's outlay surpassing those of Manchester United and Manchester City.

United and City boasted wage bills of £203m and £193.8m respectively for the same period, with Arsenal fourth on £192m.

Bolstered by the key signings of midfielder Cesc Fabregas and striker Diego Costa, Chelsea won the Premier League and the League Cup on the back of their increased outlay but have found things much tougher this time around.

A wretched start to the season culminated with Jose Mourinho departing as manager in December and, under the stewardship of veteran Dutch coach Guus Hiddink, the London club are currently 14th in England's top flight.

Chelsea's accounts also showed a pre-tax loss of £22.6m for the year compared to a £19m profit for the previous 12 months.

They attributed a £5.5m fall in turnover to £319m to lower broadcasting revenues as a consequence of Paris Saint-Germain knocking them out of the Champions League at the last-16 phase.